Theresa Lola – more than just a new poet on the block…

Born in Lagos, Nigeria, in 1994, Theresa Lola knows all about cultural change. She moved to London in 2007, and as her poetry suggests, seemingly absorbed every inch of her journey. Her recollections of youth are startling, at times disturbing, always intriguing.

In 2015, Lola graduated with a first-class degree in Accounting & Finance from the University of Hertfordshire, and by 2018 she was the joint winner of the Brunel International African Poetry Prize. In 2019 she released her debut collection with Nine Arches Press, In Search Of Equilibrium, and was announced as the 2019 Young People’s Laureate for London.

Below, in my review of that debut collection, I look at why Theresa Lola’s voice is more important than just words…

In Search Of Equilibrium is a staggering collection of poems from British-Nigerian poet, Theresa Lola. In fact, it’s one of my favourites of the past decade.

These poems show a power, a profundity, and a depth of insight into the human spirit way beyond her years. In an array of undaunted, resolute recollections and documentations of the disintegration of, first the mind, then the body, Lola manages to lead us through her grandfather’s dissolution with grace, bravery and humility.

The collection begins with the weighty, harsh reality of life: “As my new-born brother was crowned with a name / my grandfather’s brain began to forget his.” Lola’s ability to confront the realities befalling her and her family with slick, contemporary expression (“your grandfather’s memory folder erases”) is worthy of praise. It’s never easy to communicate grief and loss with the element of urbanity and chic that Lola does: “you cope with the trauma of seeing him like this / by cutting/ /and pasting / the old version of himself over his body.”

It is also difficult to express despair and futility without sounding like a character from a badly written soap. Poetically Lola has reached deeper into her own abyss than just feeling; she is succinct but hard hitting with her deeply penetrating analysis of grief: “When your lungs feel like two dangling pages / of a torn-open Bible”, and yet doesn’t shy away from the
innate, internal human injustices that drag us down to depths of physical, as well as emotional pain: “I yawn rage in the basement of my mouth”.

It’s not all trauma. There is sense to be made of these personal tragedies, and hope to be gained in survival, faith, and rebirth. There is a reaction, and an aversion to grief: “If grief fits too tight it will suck movement out of you / make you as still as the dead you are mourning.” She isn’t wallowing in her grief. She wants to distance herself from it. To believe in faith and its power to heal: “Still I pray for my father so much my / palms are warm enough to burn my face.” I had to read these lines over and over; a great poet makes you do that. Grabs you by the scruff of the neck and screams “read it again!” There is often something else to see each time.

Lola has that power with her words, her vision between the lines, her style and method. She says of her grandfather: “my grandfather’s heart / was the last organ to give up”, which is uplifting since it seems that heart found its way into Theresa Lola’s pen, and onto the pages of this very valuable and commendable first collection, In Search Of Equilibrium.

Yet another masterful collection from Nine Arches Press, and surely, in Theresa Lola, a powerful and influential voice in the future of British and International poetry. 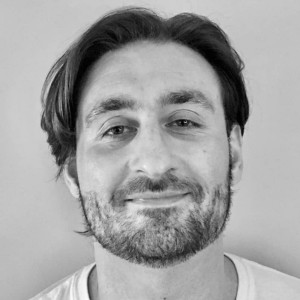