The Twitch Expansion – More Than Gaming

The Broken Spine is pure excitement. From its inception in 2019, this publication has been on the bleeding edge of art and literature in the UK from one simple and powerful ethos; they have championed everyone. It doesn’t matter who you are or where you come from; if you have something to say, you can find a home at The Broken Spine. From the beginning, the editors have never been shy about reaching out to new voices and new audiences – the recent expansion onto Twitch is just another step in that plan.

On the last Sunday of February, we streamed our first Online Poetry Night to a global audience, and the inaugural broadcast was a success. As such, there has now been greater plans made to expand our work on Twitch in the hopes of bringing The Broken Spine to a more youthful audience, a much more international audience, but above all else, promote the arts at the same time.

The editors of The Broken Spine, Alan Parry and Paul Robert Mullen have reached out to me to expand operations on Twitch. To give background for those unfamiliar, Twitch is a livestreaming platform where users can broadcast themselves online, entirely free of charge. While originally beginning life as a service for computer and video games, Twitch welcomes creatives of all varieties to present shows on their services, such as artists, podcasters, interviewers, DJs and radio hosts. While being an immense and expansive arena for marvellous broadcasts, incredible too is the market opportunity it presents. According to the aggregation website Alexa.com, Twitch is the 34th most popular website on the planet, with 15 million unique viewers on the website every single day. The market for streaming is vast and untapped, and the crossover potential between the service and what we do stands to be astronomical.

What we are proposing is to continue rolling out streaming services on the platform. Every month, our poetry reading broadcast will go live, and this will be recorded for YouTube for future viewing. More importantly, though, the channel will also be used to play select computer games, but only those that fit with the ethos of The Broken Spine. We have sought to champion great writing and unique voices, and it would be remiss to ignore the great literature that has been created within games over the last thirty to forty years, ranging from small independent titles to large scale releases. We believe these games have real artistic merit and they’re worthy of competing in the literature conversation. We are not single-mindedly interested in playing any manner of games to simply reach an audience on Twitch. While we believe that nearly all computer games have merits, we are looking to exclusively play titles with strong writing, interesting stories to tell, or striking visual or aural art; anything that would not look out of place with the high calibre of submissions we already receive in print.

We reckon it’s simple. There are those on Twitch that like poetry and may not know we exist, and there are many more who haven’t thought about poetry, maybe for a lack of promotion or for the dreadful way it is taught in secondary schools. We think there are thousands, maybe millions of fans of computer and video games who adore the stories being told on digital canvases, but have simply never thought of picking up a poetry anthology. Why ignore those people? We would love to reach out to them. I have been enlisted as I have been streaming for just under a year on Twitch, have been a lifelong fan of the medium, but also have a background in literature and research – my goal is to create a Twitch channel that not only prospers, but is one that the entire Broken Spine community can be proud of, whether they are interested in video games or not.

This expansion plan also has a secondary goal. Twitch allows viewers to tip streamers for their work, and the intention of The Broken Spine is to invest any revenue generated from Twitch back into the publications to allow it to grow further and further; we believe that we can actively position Twitch as a supporting arm of The Broken Spine to help us do what we do best; keep championing great art. It will only be here to support the main activities from the publication and is not here to distract from the wonderful work that Alan, Paul, and the rest of the team are doing.

With that being said, we hope to see you on Twitch. Further details about scheduling are to come, but we hope that forging a common love between poetry and computer and video games will allow the publication to blossom and become the force we all believe it is capable of being. 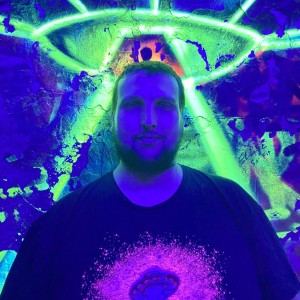